Celebrities with Scalp Micropigmentation are seen more in 2020 as SMP becomes more popular with men and women year after year. As more global celebrities such as Jamie Foxx (an A-List celebrity well known for movies like

Invasive surgical hair replacement alternatives such as hair transplants require surgery and results are unpredictable. Whereas celebrities are using SMP – a non surgical procedure – as their permanent solution for hair loss.

Andros Townsend is an English professional footballer. He plays as a winger for Crystal Palace in the English Premier League and he’s been capped by England. 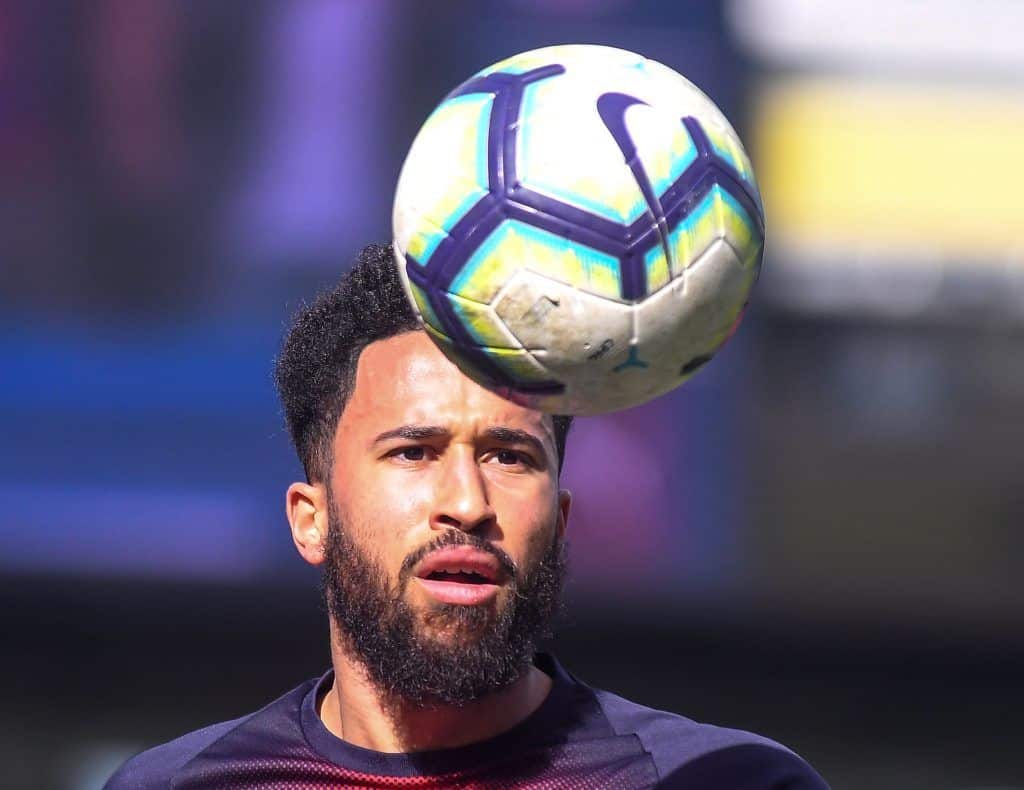 Fabrice is one of the most influencial personal trainers in the world. He has been training clients for over 12 years.  He’s helped nearly 3000 clients including actors, top athletes, CEOs, business people, models and top movie executives. 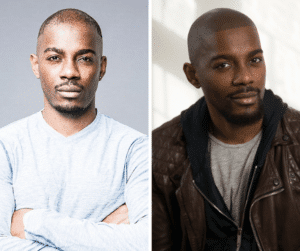 The GMB (Good Morning Britain television breakfast show) Weather presenter Alex Beresford is well known in the UK and he started out as an autocue operative around 15 years ago. He also presents the UK national weather on ITV. 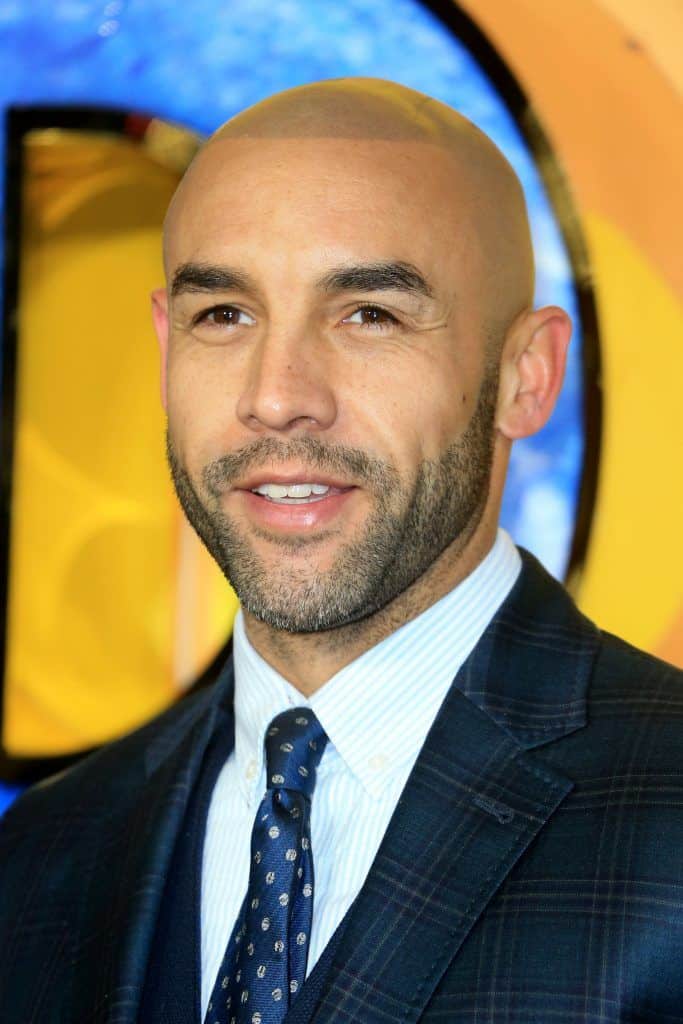 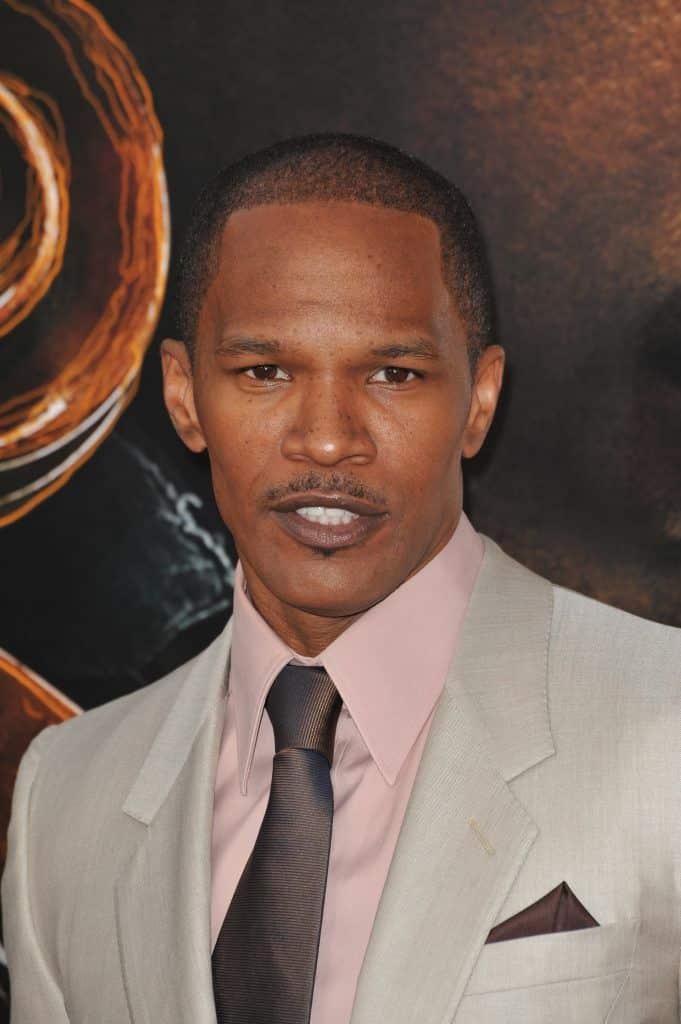 British cosmetic doctor Tijion Esho is known for aesthetic medicine and non-surgical procedures. He’s the founder of The ESHO Clinic. 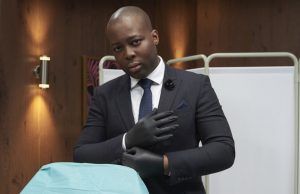 When Quinton Fortune played for Manchester United he was the most high profile celebrity to have scalp micropigmentation when he had the procedure done around 12 years ago. 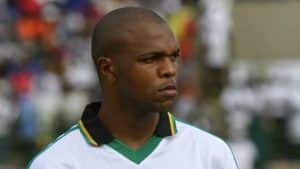 Daniel is hairstylist to the England football team. Daniel is never far behind if he’s called upon by many of the top professional footballers. He’s never looked back since having scalp pigmentation. 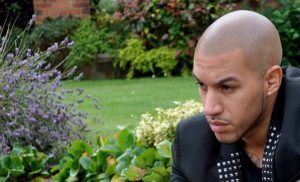 Louis Rankin was a top NFL running back for the Oakland Raiders and then Seattle Seahawks. He discovered SMP 6 years ago. 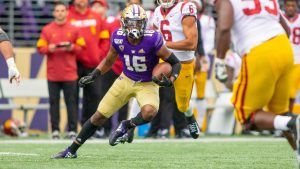 Benedict Garrett achieved celebrity status as a dancer with the Dreamboys. He is widely known as an entertainer, a model, an activist, a campaigner and an actor. 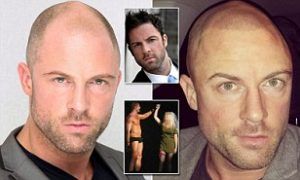 Vin Diesel, is an American actor and producer. He first achieved much recognition in the movie The Fast and the Furious and has appeared in many action movies. In 2020 Vin Diesel is preparing for movies Bloodshot and Avatar sequels. 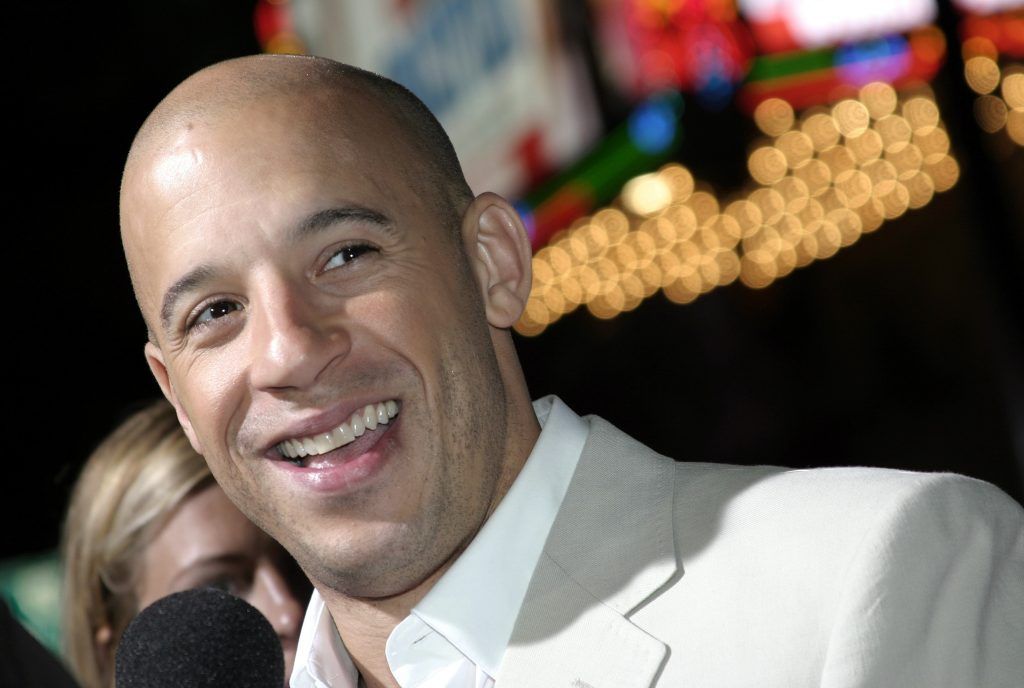 Nicky has achieved much recognition for his music including the Latin Grammy Award. Born in 1981 he 3 of his best known hits from his 2017 album Fénix are ‘El Perdón’, ‘Hasta el Amanecer’, and ‘El Amante’ .  Over the years he has become a popular figure amongst celebrities such as Will Smith and Pitbull. He continues to influence music through his own music as well as collaborations with the likes of Enrique Iglesias. Four years ago Nicky had scalp micropigmentation and he is happy that he did. 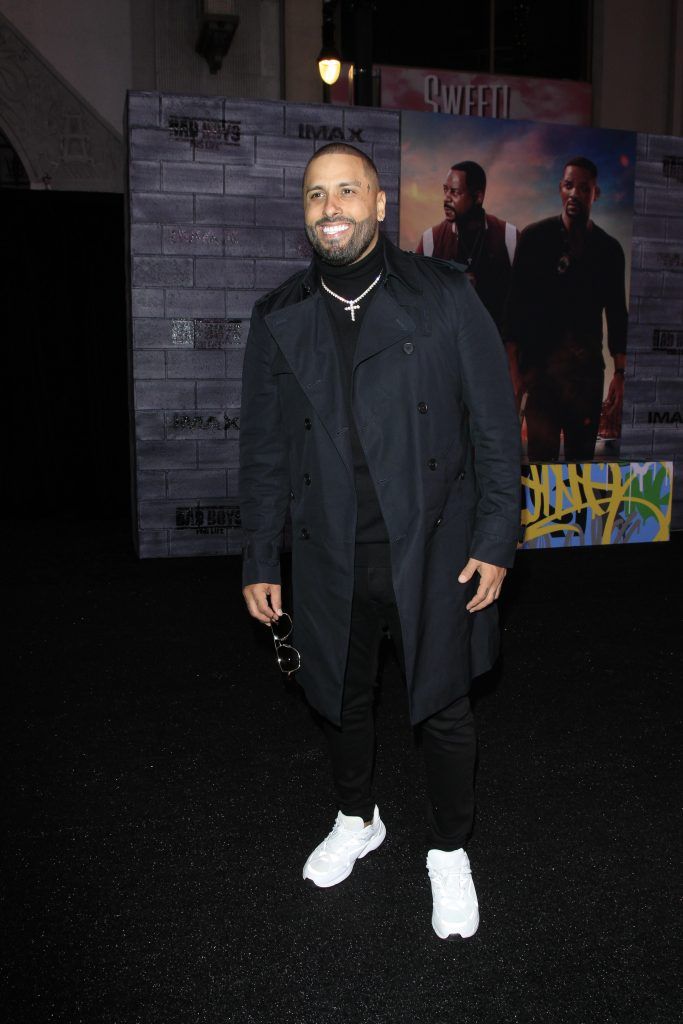 This Grammy Award winning producer is the son of the famous American singer Dionne Warwick. Four years ago he had scalp micropigmentation. 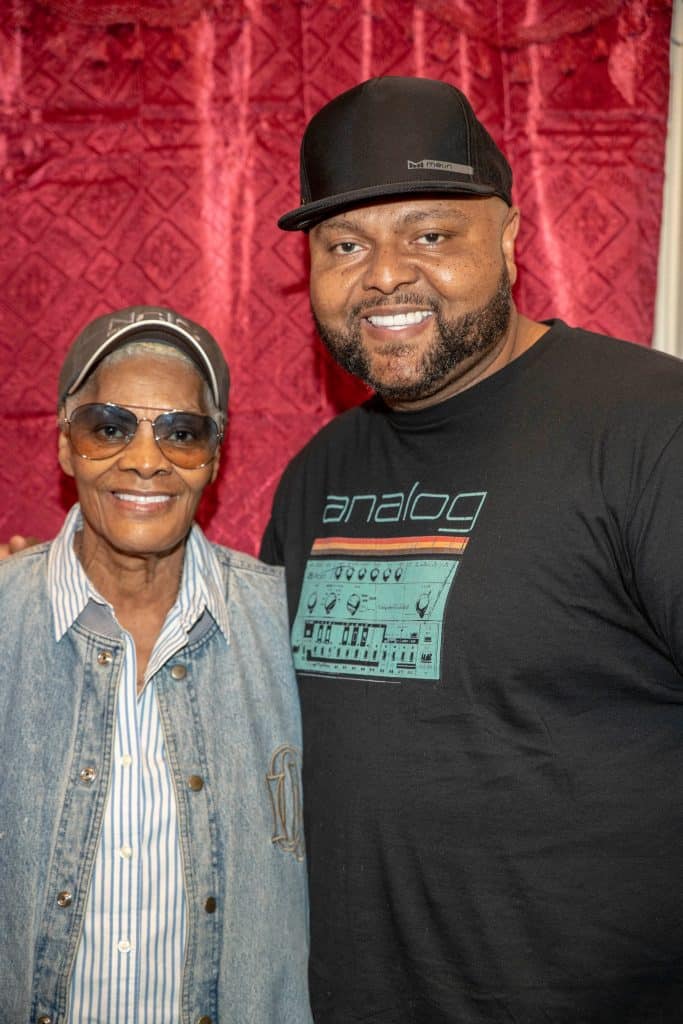 You will always see great results when Scalp Micropigmentation is carried out the right way. Every year SMP becomes even more popular than the year before. You can get back your confidence and achieve a stylish look to suit you. SMP is the best hair loss solution.

Do you workout or exercise and take supplements either before, during or afterwards? Discover more about the supplements that can cause hair loss, by clicking here.

If you need help take your first step and talk to us. We have achieved recognition and awards for SMP over the years and we can provide the best possible experience. You can find Video Reviews, Case Studies and Before and After pictures on our website and on You Tube.

Get the look that you deserve – improve your look, your confidence and your self esteem – contact Skalptec to discuss your specific requirements & arrange a SMP consultation.

Skalptec is Looking to Partner with More SMP Technicians – Join Us!

It can be tough setting up as a scalp micropigmentation technician on your own. Without the right support and mentorship a lot can go wrong. Whatever you need, Skalptec will help you find your way forward as a SMP technician. You will need to gradually build up your personal reputation as a world class scalp micropigmentation technician, and Skalptec is always right behind you. Find out more by clicking here.

SKALPTEC SMP CLINICS ACROSS THE UK! 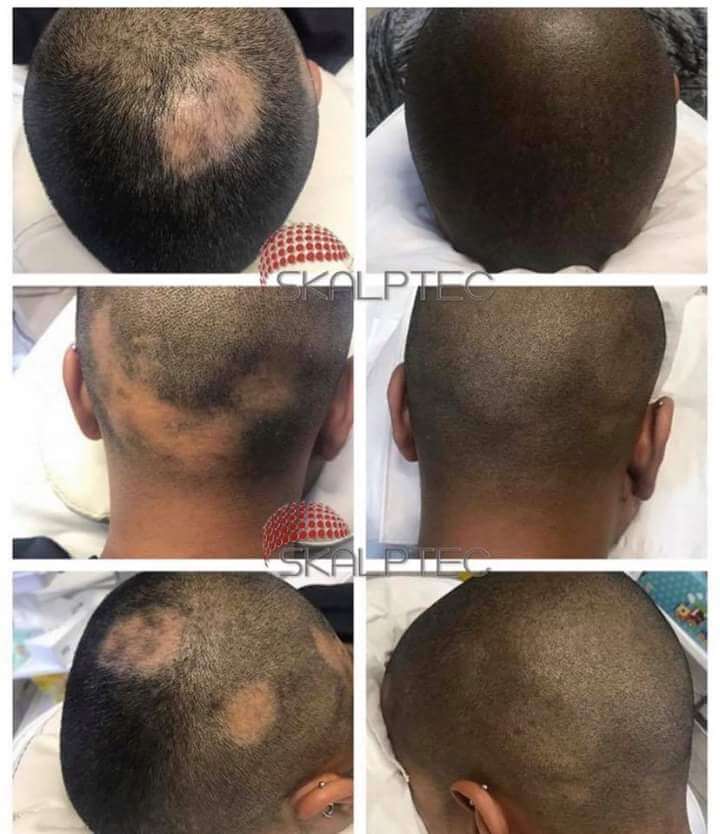 Skalptec has various treatment clinics in various UK locations including:

You will also find some of our top SMP technicians in:

You too can have SMP – the hair loss solution that UK & global celebrities are having done. If you’re looking for the best way to replace your lost hair, Skalptec can help – absolutely 100%.

Find out more about Skalptec and the extensive SMP services that we provide – contact one of our experienced scalp technicians for an informal chat. You will discover how we can help you to cover anything from early signs of hair loss to full baldness. We can 100% promise you a service you will love and one that you will remember! There is also a big chance your friends will tell you your hair looks amazing when they see the final results! We look forward to meeting you!

This website uses cookies so that we can provide you with the best user experience possible. Cookie information is stored in your browser and performs functions such as recognising you when you return to our website and helping our team to understand which sections of the website you find most interesting and useful.

Strictly Necessary Cookie should be enabled at all times so that we can save your preferences for cookie settings.

Turning off the cookie will mean that we won't be able to save your preferences for the next time you visit the Skalptec website. Keeping this cookie enabled means that you won't have to keep on enabling and disabling the cookie each time you visit.

If you disable this cookie, we will not be able to save your preferences. This means that every time you visit this website you will need to enable or disable cookies again.